‘This isn’t just luck’: why fewer people are dying as a result of natural disasters

It didn’t look like a disaster zone. The scene was calm and peaceful: a boat was chugging down the river towards the Bay of Bengal. On one side, a wide stretch of pasture bordered by a thick line of trees. On the other, more pasture, dotted with cows, and then a steep embankment, topped by a brick-lined path. Tucked away behind it lay the village, its presence betrayed by smoke from the evening’s cooking fires, and a towering mobile phone mast. The only blot on the landscape was a rather incongruous concrete structure, rising out of the fields.

This peaceful scene had been the backdrop to one of the world’s worst natural disasters in living memory. Bangladesh’s low-lying coastlands are acutely vulnerable to the devastation of tropical storms. Back in 1970, Cyclone Bhola wreaked havoc over this quiet countryside, killing more than 300,000 people across the nation. Since then, the frequency and intensity of such storms has increased, ominously in line with the predictions of climate scientists.

Spring has sprung, and so has the new issue of Positive News magazine
Subscribe now and be one of the first to receive our April-June issue, out this week
Subscribe

So when Cyclone Amphan – the strongest storm ever recorded in the Bay of Bengal – came crashing onshore last May, the outlook seemed grim. Amphan certainly took its toll: hundreds of thousands of hectares of farmland flooded, millions of dollars of damage done to infrastructure, housing and fisheries. People lost their lives, too – but the final death toll was just 118. Compare that to the mortality wreaked by Bhola, or by Cyclone Sidr in 2007, which killed around 3,500, and it’s clear that something extraordinary has happened.

That something is a wide-ranging, but largely unreported, programme of cyclone defences and early warnings, gradually introduced over the last few decades by the Bangladeshi government, along with a wide range of international organisations and NGOs.

Some of that was visible from my journey down the river: those pastures act as a buffer for storm waters, slowing the flood before it reaches the embankment, which itself provides further protection to the villages. Then there are the tree-belts, which also help absorb some of the waves’ force. 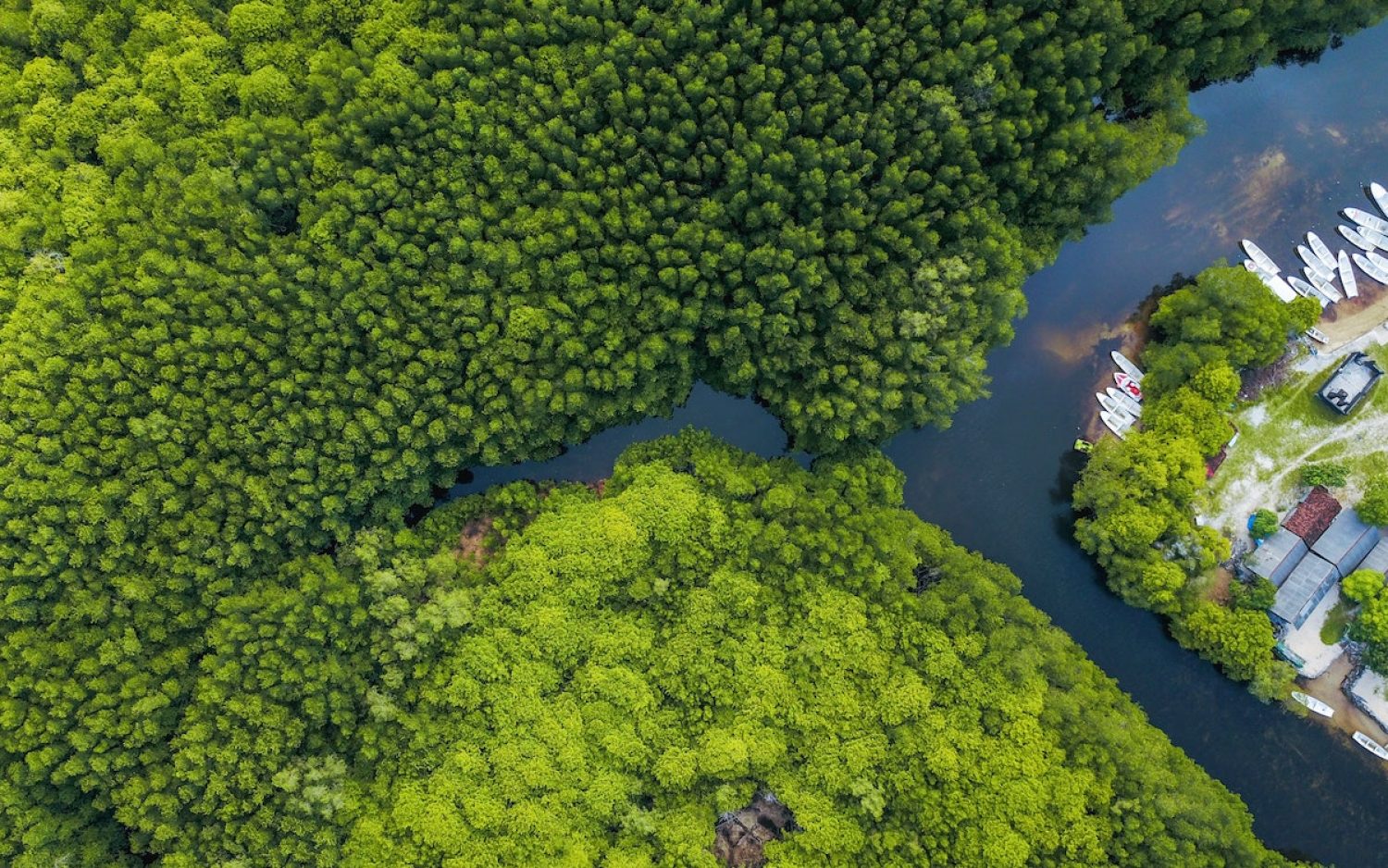 Mangroves, too, play their part. Over the years, swathes of this natural flood defence have been cleared, but now the focus is on conservation and replanting, with 1,200km of shoreline and riverside mangrove belts being created across the south of the country.

These schemes are helping soak up the storms’ rages. But more 21st-century methods play their part, too. Satellite and other forecasting technology has been harnessed to give better warnings of a storm’s likely speed, scale and path. The aforementioned mobile phone mast is crucial to giving people early notice of a cyclone’s landfall via text message. This allows them time to get to a cyclone shelter – that raised concrete blockhouse which had puzzled me when I’d spotted it from the river. Put it all together, and the result is the quite astonishing fall in death rates, despite the increased severity of the storms.

Over the years, swathes of mangroves have been cleared – now the focus is on replanting

Bangladesh isn’t alone in this quiet success. The death rate from so-called ‘natural’ disasters – whether truly natural, like earthquakes and volcanoes, or the surge in wildfires, storms and floods which are increasingly linked to human influence – has fallen across the world (despite some local increases). In the 1920s it was around 26 per 100,000; now, by some estimates, it’s less than one.

This isn’t just luck. And it certainly isn’t because the disasters are getting less severe. It’s because an awful lot of people are working all hours to help us get better at preparing for such catastrophes, and making it through them alive. And they deserve some recognition.

The post ‘This isn’t just luck’: why fewer people are dying as a result of natural disasters appeared first on Positive News.

Positive News is the magazine for good journalism about good things.

When much of the media is full of doom and gloom, instead Positive News is the first media organisation in the world that is dedicated to quality, independent reporting about what’s going right.

We are pioneers of ‘constructive journalism’ – a new approach in the media, which is about rigorous and relevant journalism that is focused on progress, possibility, and solutions. We publish daily online and Positive News magazine is published quarterly in print.

As a magazine and a movement, we are changing the news for good

We use cookies on our website to give you the most relevant experience by remembering your preferences and repeat visits. By clicking “Accept”, you consent to the use of all the cookies.
Cookie settingsACCEPT
Manage consent

This website uses cookies to improve your experience while you navigate through the website. Out of these, the cookies that are categorized as necessary are stored on your browser as they are essential for the working of basic functionalities of the website. We also use third-party cookies that help us analyze and understand how you use this website. These cookies will be stored in your browser only with your consent. You also have the option to opt-out of these cookies. But opting out of some of these cookies may affect your browsing experience.
Necessary Always Enabled

Any cookies that may not be particularly necessary for the website to function and is used specifically to collect user personal data via analytics, ads, other embedded contents are termed as non-necessary cookies. It is mandatory to procure user consent prior to running these cookies on your website.

Welcome to the EduCellar Community.

We look forward to growing with you.

Ready to Create a Better You?